Warning that the the refugee crisis is far from over, European leaders pledged €1 billion in humanitarian aid to help stem the daily waves of migrants landing on the beaches of Greece and Italy and heading north.

“It is clear the greatest tide of refugees and migrants is yet to come, so it’s clear that we need to correct the problem of open doors and windows,” said Donald Tusk, president of the European Council, after the summit wrapped up early Thursday morning. “Now the focus should be on external assistance to refugees and countries at our borders.” 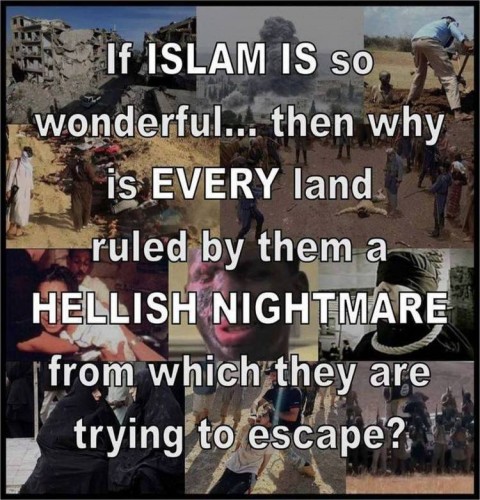 END_OF_DOCUMENT_TOKEN_TO_BE_REPLACED

Ponder…for a moment in you are in the TWILIGHT ZONE because you would think this could only happen in that unreal world but no it is in the real world….right now.

While the crimes committed by ISIS are horrific in nature, the fact that the US not only condones but supports a state that is far more violent than ISIS should be pointed out.

The constant drumbeat from pundits and politicians alike is that America must stop the menace known as the Islamic State. The impetus given is that we must stop the brazen public beheadings, END_OF_DOCUMENT_TOKEN_TO_BE_REPLACED

This was the first time the Syrian crisis was globally recognised as a burning issue, and one that needs to be addressed with utmost urgency.

This video, by In a Nutshell, speaks about how the Syrian crisis is an international issue, and how it all started with countrywide unrest and the civil war in Syria. Apart from the succinct explanation of the overarching issue, the video also explains the role of the neighbouring countries in aiding and giving asylum to refugees in their greatest hour of need.

Watch this video to get a better understanding of the larger Syrian issue and learn about what measures we can take to offer help to the affected people. 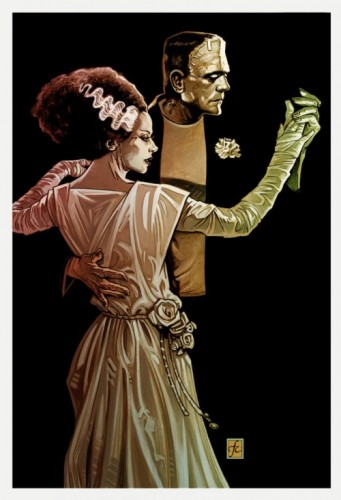 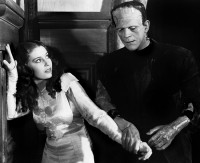 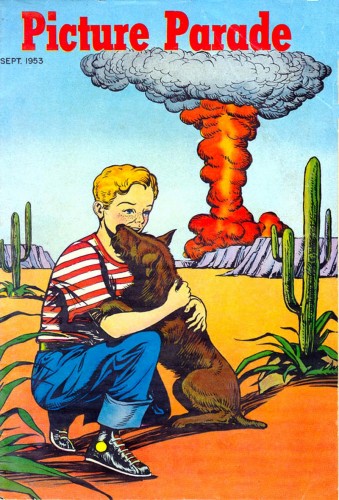 Wow…immigrants sure have changed from when I came to Canada. this article shows how much it has changed. It is almost ludicrous to read what seems to be important to immigrants today. Well read on…

Migrants at the Ter Apel camp in the Netherlands have complained about feeling “bored”, having to eat bad food and not having fast enough internet.

A video posted on Live Leak shows the migrants, who many believe to be desperately poor refugees, complaining about the lack of home comforts in the camp.

One says how “breakfast is small, lunch small” with another adding how “bored” they all feel. “You can just eat, sleep, use the slow internet, it’s so bad.” END_OF_DOCUMENT_TOKEN_TO_BE_REPLACED

Hey found a site where you can read free public domain comics. Give them a visit it might be worth it.

Historical facts and Comparisons: How many times Muslims invaded Europe vs. Europeans invaded Muslim countries.
Islamics Launched their Crusades in 630 A.D. Western Crusades started in 1095 A.D. to Stop Muslim Invasion. Crusades were a defensive action against the forcible expansion of Islam into territories that had been part of Christendom for centuries.
The Crusades were started by the Muslims in the year 630 A.D. when Muhammad invaded and conquered Mecca. Later on, Muslims invaded Syria, Iraq, Jerusalem, Iran, Egypt, Africa, Spain, Italy, France, etc. The Western Crusades started around 1095 to try to stop the Islamic aggressive invasions. Islamic Crusades continued even after the Western Crusade. Islam has killed about 270 million people: 120 million Africans*, 60 million Christians, 80 million Hindus, 10 million Buddhists, etc.

Having ignored its inheritance, Europe wonders why its house is falling apart.

The death of Europe is in sight. Still hazy and not yet inevitable, but nevertheless visible and drawing nearer—like a distant planet in the lens of an approaching satellite. Europe is reaching its end not because of its sclerotic economy, or stagnant demography, or the dysfunctions of the superstate. Nor is the real cause the massive influx of Middle Eastern and African migrants. Those desperate people are just the latest stiff breeze against the timber of a desiccated civilization.

Europe is dying because it has become morally incompetent. It isn’t that Europe stands for nothing. It’s that it stands for shallow things, shallowly. Europeans believe in human rights, tolerance, openness, peace, progress, the environment, pleasure. These beliefs are all very nice, but they are also secondary.

What Europeans no longer believe in are the things from which their beliefs spring: Judaism and Christianity; END_OF_DOCUMENT_TOKEN_TO_BE_REPLACED

Mullah Krekar in Norway gives chilling and honest interview about Islam and the West. The most chilling and honest interview about Islam you’ll ever watch… and you should be very scared if what is said in this interview comes about. We want to believe that most Muslims would be peaceful but when people are fanatical about a religion that is also a political movement then what we think would happen will not…we will be screwed in the end. Maybe it is time in the world evolution for this to happen and nothing we do will stop it because the Western Christian countries have treated their religion in a lax manner.

COEXIST! Muslim Group Says Liberalism Can Only Exist if it… “Submits to Islam”?

Islam seems to be the only religion toward which liberals aren’t closed minded and intolerant. Christianity must bend to the will of the latest popularity poll, you should only listen to The Pope half the time when he says stuff they agree with (and never when it’s about the Catholic teachings), and the Iran deal tells you all you need to know about their thoughts on Judaism.

Muslims seem to be the only religious people they care to defend. Well, that and their obsession over whatever the President’s religion is, even though it doesn’t matter at this point.

They cater to Islam, seeing them as a marginalized minority in need of defending. They blame international Islamic hatred for the west on our own practices. If we just left them alone, the left believes, they’d want nothing more than to “COEXIST.” All this gathered from a bumper-sticker.

You know who doesn’t care about any of that? Islam.
END_OF_DOCUMENT_TOKEN_TO_BE_REPLACED

Saudi Arabia has beheaded 100 people this year. Some of the crimes wouldn’t even get you jail time in the U.S.

Saudi Arabia is executing people at a record clip this year. The kingdom has killed 100 people so far and if the current pace continues the nation will surpass its modern-day execution record of 192, set back in 1995.

At least 16 “crimes” can result in a death sentence in Saudi Arabia—and more than a third wouldn’t even get you jail time in the U.S. On that list: sorcery and witchcraft. Of the 100 people executed this year, 47 were convicted of non-violent drug crimes, according to Human Rights Watch. Only 57 were Saudi citizens.

The 11 far-right National Front mayors elected in France’s recent municipal elections have begun implementing controversial policies, including rejecting projects for new mosques and cancelling commemorations of the abolition of slavery.

A month after their victory in French municipal elections, the 11 far-right National Front mayors have implemented their first policies – and some of them have already caused quite a stir.

In the southwestern city of Béziers, Robert Ménard has established a curfew for minors under 13, who will need to be accompanied by an adult if they wish to be out from 11pm to 6am during the weekends and school holidays of the summer months (June 15 – September 15).

In the northern city of Villers-Cotterêts, meanwhile, one of Franck Briffaut’s first decisions was to cancel a planned commemoration of the abolition of slavery on May 10. It will be the first time since 2007 that the ceremony will not take place in the town, where the biracial General Dumas (the father of Alexandre Dumas, famous author of “The Three Musketeers”) – born a slave in the former French colony of Saint-Domingue – died in 1806.

Briffaut told the news agency Agence France-Presse that he saw the commemoration as “part of a permanent and systematic process of making France feel guilty, END_OF_DOCUMENT_TOKEN_TO_BE_REPLACED

Here is a good luck story. A Palestinian woman set off an explosion in her car after being pulled over by Israeli police on a road to Jerusalem — injuring a policeman and herself — an Israeli police spokesman said Sunday.

It is unclear if the use of an explosive device was meant to escalate daily Palestinian stabbing attacks on Jews which have been underway for more than a week but which thus far have not included setting off explosions in Israeli cities. END_OF_DOCUMENT_TOKEN_TO_BE_REPLACED

Raheel Raza President of The Council for Muslims Facing Tomorrow, Author, Professional Speaker, Featured in “Honor Diaries”, a film about women’s rights says that… “As a Muslim, I Think Canada Should Ban the Niqab and Burka in Public”

As a Muslim mother who never saw a niqab when I was growing up in Karachi, Pakistan, I am astonished to see Canada’s judiciary caving in to Islamists who have nothing but contempt for Canada’s values of gender equality.

I write this as a Muslim Canadian who does not have any specific political leanings.

But in the 25 years I have called Canada home, I have seen a steady rise of Muslim women being strangled in the pernicious black tent END_OF_DOCUMENT_TOKEN_TO_BE_REPLACED

Here is another view on the Burka issue from a Muslin reporter.

This article by Raheel Raza was originally published in The Toronto Sun.

Covering the face is not a religious requirement for Muslim women.

As a Muslim mother who never saw a niqab when I was growing up in Karachi, Pakistan, I am astonished to see Canada’s judiciary caving in to Islamists who have nothing but contempt for Canada’s values of gender equality.

I write this as a Muslim Canadian who does not have any specific political leanings.

But in the 25 years I have called Canada home, I have seen a steady rise of Muslim women being strangled in the pernicious black tent that is passed off to naïve and guilt-ridden white, mainstream Canadians as an essential Islamic practice.

The niqab and burka have nothing to do with Islam.

They’re the political flags of the Muslim Brotherhood, ISIS, the Taliban, al-Qaida and Saudi Arabia.

Now I learn I have not only to fight the medieval, theocratic adherents of my faith for a safe space for myself, I have to battle the Federal Court of Canada as well, which has come out on the side of these face masks.

The niqab makes me feel liberated, and no law will stop me from wearing it says Semaa Abdulwali.

Okay I am adding this article so we can read the other side. Personally I probably will never understand how being covered in a black sack is liberating but hey whatever cranks your shaft. Anyway read on and see see what she says.

I’ve always been the sort of person who loved to experiment, but I never expected that wearing the niqab would be something I’d try.

I felt conflicted before I began to wear it a few months ago. I am aware of the negative perceptions of the niqab, and thought it could change my life drastically. Would it be hard at university, where I study medical science? The majority of the students END_OF_DOCUMENT_TOKEN_TO_BE_REPLACED

European judges declare that preservation of a certain idea of ‘living together’ was legitimate aim of French authorities.

Judges at the European court of human rights (ECHR) have upheld France’s burqa ban, accepting Paris’s argument that it encouraged citizens to “live together”.

The law, introduced in 2010, makes it illegal for anyone to cover their face in a public place. While it also covers balaclavas and hoods, the ban has been criticised as targeting Muslim women.

The case was brought by an unnamed 24-year-old French citizen of Pakistani origin, END_OF_DOCUMENT_TOKEN_TO_BE_REPLACED