Courage is not the absence of fear or desire, but the strength to conquer them.”
– 14th Dalai Lama, monk

This new video from Britain’s Pat Condell speaks about the elections coming up in Britain. What he says about Britain is exactly the same for Canada. Listen up.

This is just plain shameful. It seems that between we Canadians and our Southern US counter parts we are selling our entire countries off piece by piece to foreign corporations. We are slowly being owned by foreign powers who are slowly becoming our controllers. We are in debt to China and countries every where are buying out our businesses. The question is, are our countries buying up companies in these other countries. Not too likely, at least, in China’s case. Well, what we do today isn’t going to affect us so much as our children and grandchildren, so why should we give a crap, right?

“Agriculture Minister Gerry Ritz announced that G3, a joint venture owned by two foreign corporations, Bunge and the Saudi investment company SALIC, is the beneficiary of CWB privatization. With this, the Conservative government has accomplished the biggest transfer of wealth away from farmers in the history of Canada,” said Jan Slomp, National Farmers Union (NFU) President. END_OF_DOCUMENT_TOKEN_TO_BE_REPLACED

Well here is some more USA bullshit. I certainly hope we in Canada take the same attitude. This is insane. Why would anyone make it illegal to help feed the hungry? Much of this article is very informative and damning of what rich people think of the poor in a country that is supposed to be so enlightened. This is shameful.

Thirty-three cities already ban or are considering banning giving food to homeless people — and some are threatening to throw people in jail if they’re caught feeding the hungry. END_OF_DOCUMENT_TOKEN_TO_BE_REPLACED

New Chinese Aircraft Carriers: “Quantum Leaps” Ahead of US & We Can Thank WalMart and Outsourcing American Labor for Financing it.

(An ex-Navy Seal made this comment)
This is quantum leaps above anything we even have on the drawing board, way “outside the box” here: better speed, larger capacity, much more stable, ‘Cat hull takes out the yaw… and much, much more..

Definitely a “blue-water” long reach vessel. Plus they can service their nuke sub fleet in-between the twin hulls END_OF_DOCUMENT_TOKEN_TO_BE_REPLACED

Parallel Universes are great ideas that have served science fiction well. I have a personal belief in them but I think I would be creeped out meeting a whole passel of ‘me’s’. Still the idea is cool. Here is an article about scientists saying they are ready to prove their existence. I hope this doesn’t work the way it did in the tv show ‘FRINGE’. Things didn’t work out to so well on that show. Well read on.

SCIENTISTS conducting a mindbending experiment at the Large Hadron Collider next week hope to connect with a PARALLEL UNIVERSE outside of our own. 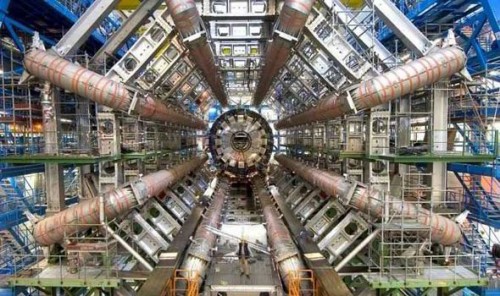 END_OF_DOCUMENT_TOKEN_TO_BE_REPLACED

This is such a shame. We have destroyed so much on this planet. It wasn’t for protection…it was all about plain old fashioned GREED!!! Now we actually have to guard wildlife. Still there are assholes out their who still go out and kill priceless and rare animals for no other reasn than to prove they are superiour. Boy, are they wrong. This article shows where we are finally at. Enjoy and learn.

After the decimation of his species by poachers, Sudan the rhino finds himself in an extremely precarious position: He is the last male northern white rhinoceros on the planet.

According to The Independent, the 40-year-old animal has been put under 24-hour armed guard in the Kenya game conservancy where he lives. There is hope that Sudan will one day be able to produce progeny — END_OF_DOCUMENT_TOKEN_TO_BE_REPLACED

Amazingly, Monsanto has a task force that intends to do damage control on the WHO report that glyphosate is a “probable carcinogenic”. They’re even sending their arm twisting agents to confront and challenge the WHO about the study from the International Agency for Research on Cancer (IARC), a coalition of 17 experts from 11 countries who recently met in Lyons, France.

The “probable carcinogenicity” category requires sufficient evidence of carcinogenicity where a causal relationship has been established between the agent and an increased incidence of malignant neoplasms in animals and/or humans, according to the USA Occupational Safety & Health Administration (OSHA).

But wait, according to investigations acquired by GM-Free Cymru in Wales, a small territory of 3 million inhabitants that’s part of Great Britain, Monsanto has known of this and kept it secret from health agencies throughout the world since 1981 and possibly before. END_OF_DOCUMENT_TOKEN_TO_BE_REPLACED

There are only a few things I can do on my darkest days to make them seem a tad brighter; this small list includes things like crying for a solid hour on the phone with my mom, eating Chipotle and having sex.

Did that just get way personal? END_OF_DOCUMENT_TOKEN_TO_BE_REPLACED

This is so cool. Read on folks.

It’s not every day you see a series of photos clearly documenting someone with a front end loader pushing industrial waste directly into the ocean without any care of secrecy or stealth. Photographer Stephen Mallon captured this series of pictures over three years to document the unusual methods that New York City uses to dispose of its subway cars, but before you jump to conclusions, be sure to scroll all the way to the bottom, because this dumping has a secret purpose! END_OF_DOCUMENT_TOKEN_TO_BE_REPLACED

Yup, big pharma has lots of power. Them’s that gots the loot gots the power. Here is a little power structure going on in Australia. You can bet it goes on around the world. Read on.

Dr. MaryAnne Demasi’s documentary on the criminal activity of the pharmaceutical industry regarding cholesterol-lowering statin drugs sent shock waves through the mainstream media in Australia last year. Published in two parts on the popular news show The Catalyst, the pharmaceutical industry complained loudly after the first show, and requested the network not air the second episode, “Heart of the Matter Part 2 – Cholesterol Drug War.” END_OF_DOCUMENT_TOKEN_TO_BE_REPLACED

The DNA blueprints are inserted into the yeast, which creates cheese that is vegan-compatible because of the lack of animal products.

Some of the DNA strands are from humans, because the developers hope milk proteins END_OF_DOCUMENT_TOKEN_TO_BE_REPLACED

Okay, a small note to all cops everywhere…here it is….THE WORLD IS OVERFLOWING WITH CELLPHONE CAMERAS. Did you hear that or should I shout it louder. How f#$king stupid can these guys be to do anything illegal today. Anyway here is the stupid senseless act committed by a cop in the USA. Needless to say he has been charged with murder. END_OF_DOCUMENT_TOKEN_TO_BE_REPLACED

Nature always wins and here is a slightly gross example. No, this isn’t a make-believe place. It’s real.

They call it “Ball’s Pyramid.” It’s what’s left of an old volcano that emerged from the sea about 7 million years ago. A British naval officer named Ball was the first European to see it in 1788. It sits off Australia, in the South Pacific. It is extremely narrow, 1,844 feet high, and it sits alone.

What’s more, for years this place had a secret. At 225 feet above sea level, hanging on the rock surface, there is a small, spindly little bush, and under that bush, END_OF_DOCUMENT_TOKEN_TO_BE_REPLACED

“If water cannot be found for cleansing, other cleaning materials can be used. Even though some sources deem paper to be unsuitable as a cleaning material, as it is an apparatus for writing, END_OF_DOCUMENT_TOKEN_TO_BE_REPLACED

A group of Canadian imams is condemning followers of the Islamic State as non-Muslims.

Imam Syed Soharwardy and 37 other Muslim leaders from across the country have issued a fatwa against the group currently trying to attract supporters to its war in Syria and Iraq.

Soharwardy, the founder of the Islamic Supreme Council of Canada, says the Islamic State is violating Muslim law.

He says as a result the group and anyone supporting them will no longer be considered to be Muslim.

Soharwardy also has harsh words for Prime Minister Stephen Harper and the federal government for equating ISIL followers with jihadists.

He says to Muslims that word simply means to struggle and using it might be leading to more sympathy for the terrorist group.

There has been another case of apparent police brutality, this time in Southern California. Many in the area called the incident a jaw-dropping ending to a pursuit. Watch below.