About freakin’ time. It took a long time for most of the civilized world to realize that gays are born to be what they are. They are not freaks and weirdos to be vilified and that it is time that they could lead a life as couples if they so desire. Sure it may turn us off at times but it is up to us to get used to them and treat them as human beings and thus the Supreme court ruling in the Us is an important step. Now if we can only get religions to get into step especially the one that goes around killing and pushing them off buildings.

States cannot keep same-sex couples from marrying and must recognize their unions, the Supreme Court says in a ruling that for months has been the focus of speculation. The decision was 5-4. END_OF_DOCUMENT_TOKEN_TO_BE_REPLACED

With all the hoopa-baloo that is going on right now over the confederate flag, I thought this video would bring some perspective to the entire thing. This is a beautiful peace. Take the time to watch it.

Members of the North and South army reunion. I found it particularily sad and interesting at the number of deaths in the civil war compared to the other wars. It is shocking.

I’ve listened to Ayaan Hirsi Ali speak and I find her to be not only a good speaker but a woman who has excellent ideas. We need more people like her to speak out. Conrad Black has some thoughts on her and so I thought I would throw his article on the blog. Contemplate on it.

I had the pleasure this week of meeting Ayaan Hirsi Ali at a most convivial social occasion, having just read her latest book, Heretic. Most readers will be aware that she fled an arranged marriage as a very young Somalian Muslim woman and abandoned her faith, going first to Germany and then to the Netherlands. She began her new life as a factory cleaning lady and rose to be a Dutch member of parliament and a prominent activist for the victims of militant Islam. She is now a fellow at the John F. Kennedy School of Government at Harvard University and the wife of eminent Anglo-American historian Niall Ferguson, and is an elegant, charming and courageous woman.

She states that Islam is “incompatible with modernity,” and summarizes that it primarily requires unlimited faith in the existence and sacred authority of God, Allah, and Mohamed his prophet; prayer five times a day; day-time fasting for the whole ninth month of Ramadan; the practice of charity, and, if possible, at least one pilgrimage to Mecca in one’s lifetime. Only the first of these is seriously problematical (as opposed to personally inconvenient). 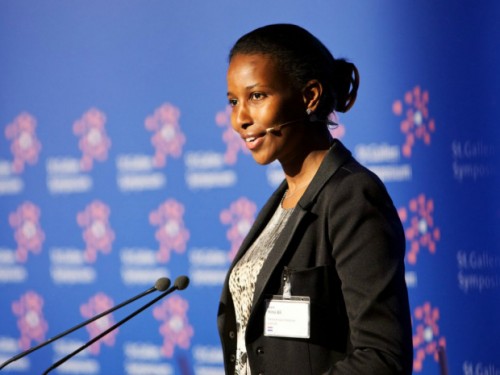 Ali’s five requirements for reform are revisions of Mohamed’s semi-divine and infallible status and literalist reading of the Koran, particularly those allegedly revealed to the Prophet at the launch of his most radical phase in Medina in the last 10 years of his life; END_OF_DOCUMENT_TOKEN_TO_BE_REPLACED

Europe itself was under siege for several hundred years, – only Scandinavia, Germany and the British Iles were exempt from the Muslim effort to take Europe. We forget that the Crusades were originally a European reaction to the horrors that was done to Christians, both pilgrims and the indigenous Christians in the Middle East as a result of the Muslim Conquests.

We tend to hear much about that which was not so good about the Crusades, but little about the Islamic horrors that led to the European Crusader reaction in order to save the lives of Christisans in the Middle East. We are forgetting history as a result of the politically correct, radical leftwing teaching that permeates the curriculum and teachings in schools today: History is twisted and vital facts not presented.

I don’t exactly think that Democrats have destroyed Detroit, so I would take that part with a grain of salt. Read the article and see what you think.

We all know that Democrats have destroyed Detroit and turned it into a blighted landscape. But now the Democrat supporters at The New York Times think it is a great idea to import thousands of Syrian Muslims to settle in Detroit and help rebuild it.

Certainly many of those would-be Syrian immigrants would be Christians as half the country is Christian. But without controls, Syrians who are Muslim would also be coming here with this plan. Do we want to import more Islamists into the USA? END_OF_DOCUMENT_TOKEN_TO_BE_REPLACED

You don’t know what you’ve lost until it’s gone.

Free speech is free speech; it can’t come with qualifications because if it does then it is no longer free speech and those who try to say yes, we have free speech but it doesn’t mean we have to use it, does not understand what free speech is. Cowards usually use this idea because they are afraid that if they say anything else, they could become victims of those who wish to take free speech away from us.

Lakes are in B.C., Manitoba, Newfoundland and Labrador, NWT and Nunavut… By Terry Milewski , CBC News

CBC News has learned that 16 Canadian lakes are slated to be officially but quietly “reclassified” as toxic dump sites for mines. The lakes include prime wilderness fishing lakes from B.C. to Newfoundland.

Environmentalists say the process amounts to a “hidden subsidy” to mining companies, allowing them to get around laws against the destruction of fish habitat.

Under the Fisheries Act, it’s illegal to put harmful substances into fish-bearing waters. But, under a little-known subsection known as Schedule Two of the mining effluent regulations, federal bureaucrats can redefine lakes as “tailings impoundment areas.”

Norway recently made the controversial decision to deport a large amount of Muslims with ties to radical groups.

Despite all the liberals in Norway deeming this “racist”, the logical party went ahead with it and the result almost shut down every opposing voice in the government instantly. This is one of the best stories we have eve seen come from such a liberal area of the world.

TBWA\London’s Walter Campbell and renowned photographer/director Rankin provided the creative vision for the film, which packs in a huge number of sexual images END_OF_DOCUMENT_TOKEN_TO_BE_REPLACED

Muslims’ civil rights are being violated by the Catholic University of America’s prominent display of crosses and other signs of the Catholic faith, according to a complaint filed with the Washington, D.C., Office of Human Rights.

The instigator in this case is George Washington University GWU Law School Professor John Banzhaf, who says in his 60-page complaint that Catholic University is acting “probably with malice” and that all the Catholic imagery interferes with Muslims’ prayers.

Catholic University officials told BeliefNet they were surprised by the filing because they have never received a complaint from any of the university’s Muslim students.
END_OF_DOCUMENT_TOKEN_TO_BE_REPLACED

Life was meant to be lived, and curiosity must be kept alive. One must never, for whatever reason, turn his back on life.”
– Eleanor Roosevelt,
U.S. first lady and social activist