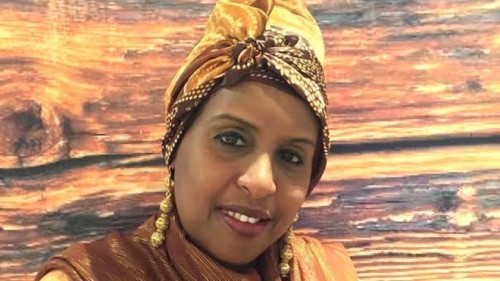 Some 200 million women and girls across 30 countries have been affected by female genital mutilation (FGM). But how do survivors live with the pain of peeing, periods and childbirth?

“The first time you notice your physicality has changed is your pee,” says Hibo Wardere.

Hibo, now 46, was subjected to what is defined by the World Health Organization (WHO) as “type three” mutilation when she was six. This means all of her labia were cut off and she was then stitched together, leaving a tiny hole she compares to the size of a matchstick. Her clitoris was also removed.

She grew up in Somalia, where 98% of women and girls between 15 and 49 have had their genitals forcibly mutilated.

“An open wound rubbed with salt or hot chilli – it felt like that,” she recalls.

Hibo came to the UK when she was 18, and within months visited a doctor to see if they could relieve the pain she experienced when she passed urine and during her periods.

Her translator didn’t want to interpret her request, but the GP managed to understand.

Eventually Hibo underwent a procedure called defibulation, when the labia is opened surgically. This widened the hole and exposed her urethra. It is by no means an outright fix, and can never restore sensitive tissue that was removed, but it did make it slightly easier to urinate. 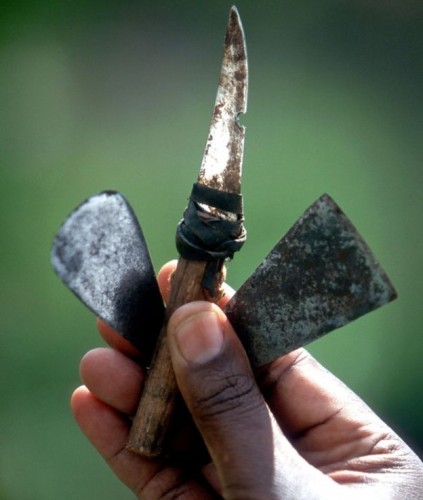 Sex, however, presented a new hurdle. “Even if the doctor has opened you up, what they’ve left you with is a very tiny space,” says Hibo.

“Things that were supposed to be expanding have gone. So the hole that you have is very small and sex is very difficult. You do get pleasures – but it’s once in a blue moon.”

The trauma of the assault also had a bearing on intimate situations with her partner.

First you have a psychological block because the only thing you associate with that part of you is pain,” says Hibo.

“The other part is the trauma you experienced. So anything that’s happening down there, you never see it as a good thing.”

Figures released by Unicef in February raised the number of estimated FGM survivors by around 70 million to 200 million worldwide, with Indonesia, Egypt and Ethiopia accounting for half of all victims.

In the UK, FGM has been banned since 2003. Last year the government introduced a new law requiring professionals to report known cases of FGM in under-18s to the police.

Activists and the police have raised awareness about the risk of British school girls being flown out of the UK specifically to be stripped of their genitals during what is known as the “cutting season” over the summer.

However, little is known about how the millions of survivors – including at least 137,000 in the UK – cope.

The symptoms are not normally discussed in the open, partly because FGM is so normalised among some communities that women don’t think of it as a problem, or even connect their myriad health problems with their experience of FGM as a child, says Janet Fyle, professional policy advisor at the Royal College of Midwives (RCM). Last year, Fyle was awarded an MBE for her work in tackling FGM.

The day-to-day reality for survivors can be bleak. The NHS lists urinary tract infections, uterine infections, kidney infections, cysts, reproductive issues and pain during sex as just some of the consequences. A “reversal” surgery, as defibulation is sometimes termed, can help to relieve some of the symptoms by opening up the lower vagina.

“But it’s not as simple as carrying out the physical care, which we can carry out as clinicians,” says Fyle, who comes from Sierra Leone, where FGM is widespread.

“It’s about the long-term (psychological) consequences – some people describe it as worse than PTS (post-traumatic stress), which soldiers in the battlefield have.”

When Hibo became pregnant for the first time in 1991, aged 22, she says she was tortured by the idea of medical staff looking at her genitals, which had been physically altered.

“I remember taking the pillow and just putting it on my face because I didn’t want the humiliation, the pain,” she says. “Knowing all those eyes were going to look at me, was too much.”

During the birth, she experienced flashbacks of being cut – which is a common experience of survivors. At the time, she was the first FGM survivor that staff at the hospital in Surrey had seen. Neither she, nor they, had any idea how to try to make the birth easier.

“Before they could even think of what was going to happen and how they’re going to deliver this boy, my son came, They had to cut me. My son actually ripped parts of me as well because he was coming with such a force,” Hibo recalls.

“They were still very shocked and didn’t know what to do with me. It was horrific, and I ended up having a long time to recuperate.”
An extract from Hibo Wardere’s book, Cut: One Woman’s Fight Against FGM in Britain Today:

“What I saw took the breath from my body. The woman was right. There was only one word for it – devastating. For the first time, I could see what I had been left with. It was just a hole.

Everything else had been chopped off and sealed up. Despite the doctor opening my skin up to expose my urethra so I could wee, there were no fleshy labia like other women had.

No protection, no beauty, the area between my legs looked like dark brown sand that someone had dragged a faint line through, then as if someone had poked a stick into the sand, there at the bottom of the line was a hole. My vagina.

I could see it was a little bigger than it had originally been stitched thanks to the doctor who opened me slightly. But there it was. The only clue that I was a woman. The rest of my genitals had been sliced off and discarded.”

Despite the experience, Hibo went on to have six more children, and the subsequent births were much less traumatic. Her second child was delivered via Caesarean section, and she praises the NHS for the increased awareness and support for FGM victims.

In the UK, a defibulation procedure is now offered as a matter of course before birth, along with psychological support and contact with survivor groups. Midwives say this is vital to those women who may have suppressed memories of the attack and find it difficult to even recognise what was done to them.

Hibo credits her husband Yusuf, who she met just a few months after having her medical procedure in the UK, for his unwavering support in her decision to have surgery and speak out about a practice that is so common in the community she is from.

Despite her worst fears, she has found more happiness and intimacy than she ever thought possible.

But the couple and their family have not managed to escape the expectations of the culture they are from. Hibo’s decision to make a stand against FGM meant confronting her mother’s beliefs and put a huge strain on their relationship.

In her early years, they had “such a close bond”. And yet it was her mother who took Hibo to have her genitals cut off and sewn up, reinforcing a widespread cultural belief that such a practice is essential for girls’ reputations and future marriage prospects.

“My mum did love me, and she did this out of love,” says Hibo now.

“She thought this was protection for me. She thought she was protecting the family honour. She herself was a victim – [and] her mother, her grandmother. Generations have undergone FGM – they didn’t see anything wrong with it.

Hibo and her mother managed to resolve any tension before she passed away. But her in-laws have been “up in arms” about the couple’s decision not to cut their three girls. 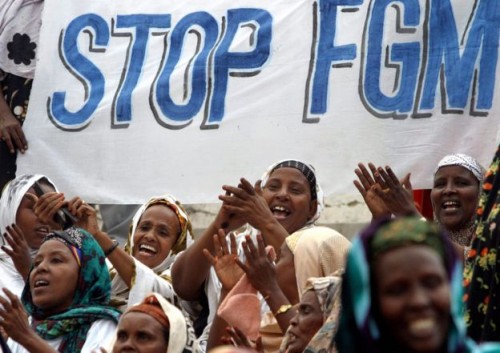 Girls in parts of Tanzania are often forced to undergo female genital mutilation, even though the practice is illegal. Faced with FGM, many had nowhere to turn – until now. A safe house has opened in the north of the country to offer protection when they need it most.