When we read this article we have to keep in mind that even though we may feel Mark Zukerberg is caving in to Islam, this is not the case. He is following the law of the land and the government does have the right to tell him to block pages. It is just that we in the West do not see this often.

A Turkish court ordered Facebook to block pages that insulted Islam. In response, It is somehow ironic that the younger generation raised on leftist propaganda in academia and in the culture are so eager to utterly relinquish our freedoms without so much as fight. The hippies and bippies and free love gave us totalitarianism and subjugation.

Free love. It made whores of women, broke our homes and turned our men into women. Case in point: Mark Zuckerberg. All his speechifying about freedom of speech and freedom of expression and without so much as an internal struggle, he betrayed the freedom loving people of Turkey. Take a stand, man.

What a cowardly punk ….. with enormous power.

Here is what the people of Turkey need to do. Use a new name for Islam — perhaps Slam or Ismash or Iwont. And choose another name for Mohammad. Perhaps Noham (heh) or Lil Moe and ……carry on! 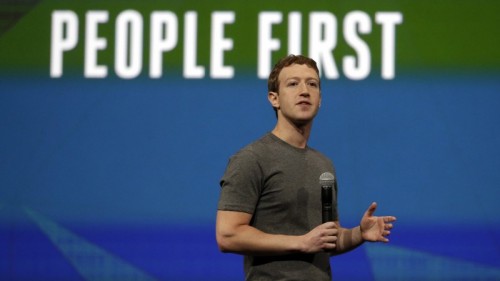 “Rather than face ban in Turkey, Facebook blocks ‘anti-Islamic’ pages,” By Arstechnica, January 25, 2015

Facebook has complied with a Turkish court order that demanded the site to locally block access to several pages showing materials said to be insulting to the Prophet Muhammad.

According to Turkish media, the Gölbaşı Criminal Court of Peace in Ankara issued the order on Sunday, and it threatened to order a complete ban of the social network if Facebook did not comply. This same court has led previous bans or blocks of other sites, including YouTube and Twitter.

Turkish Prime Minister Ahmet Davutoglu recently appeared with a number of other world leaders in Paris at a rally for freedom of expression in the wake of the shooting at the offices of Charlie Hebdo, a French satirical magazine. But Amnesty International reported that earlier this month, a leading daily newspaper, Cumhuriyet, is facing a criminal investigation for reprinting some of the Charlie Hebdo cartoons.

Davutoglu told reporters in the Turkish capital earlier this month that freedom of expression “does not grant anybody the right to insult another’s beliefs.” He added, “In this country, we don’t allow insults to the Prophet. This is a very clear, sharp and principled stance. Everybody should know this.”