Wow, I never thought I would see one Islamic country have the balls to stand up to ISIS like Jordan has. It is as I have always said, the change in Islam has to start by the Middle East putting it’s own house in order and then maybe things may begin to change.

Jordan said on Sunday it destroyed 56 targets in three days of strikes on the Islamic State group after it murdered one of its pilots, and is determined to destroy IS. Jordan has destroyed 20 percent of IS capabilities.

“On the first day of the campaign to avenge our airman Muath- al-Kasaesbeh, 19 targets were destroyed, including training camps and equipment,” he said, reading from a prepared text.

“So far, the campaign has destroyed 20 per cent of the fighting capabilities of Daesh,” he said using another name for IS which controls swathes of both Syria and Iraq.

Foreign minister Nasser Judeh told Fox News this week the air force had targeted IS in both Syria and Iraq where the jihadists have proclaimed an Islamic “caliphate” in areas it controls. 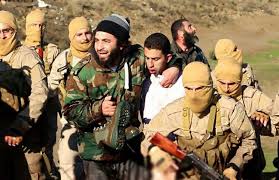 “We are determined to wipe out this terrorist gang,” Jobour said during Sunday’s press briefing.

The air force will step up strikes against IS over the next few days, he added.

Interior minister Hussein Majali said in remarks published on Saturday that Kasaesbeh’s gruesome murder by IS was a “turning point” in the kingdom’s fight against extremism.

Jordanian air strikes are “the beginning of an ongoing process to eliminate” IS, Majali was quoted as saying by government newspaper Al-Rai.

“The day of the hero, martyr pilot’s assassination is a turning point in Jordan’s history in order to face this horrific crime that was committed by the cowardly terrorist organisation,” he said. 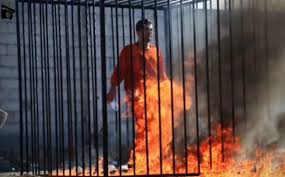 Jordan is part of the US-led coalition of Arab and Western countries that has been carrying out air strikes against IS since September.

Jobour said Jordanian warplanes have flown 946 sorties out of a total of 1,500 by the coalition since the campaign began.

“More than 7,000 Daesh criminals have been killed since Jordan began participating in the air campaign,” he added.

The country’s air strikes have contributed to crippling IS oil revenues, Jobour said.

IS has targeted oil and gas facilities in Iraq and Syria as it seeks to finance its campaign and seize more territory for its “caliphate”.