The Crusades were started by the Muslims in the year 630 A.D. when Muhammad invaded and conquered Mecca. Later on, Muslims invaded Syria, Iraq, Jerusalem, Iran, Egypt, Africa, Spain, Italy, France, etc. The Western Crusades started around 1095 to try to stop the Islamic aggressive invasions. Islamic Crusades continued even after the Western Crusades.

Forced conversions to Islam have been the norm, across three continents—Asia, Africa, and Europe—for over 13 centuries. Orders for conversion were decreed under all the early Islamic dynasties, under both Seljuk and Ottoman Turkish rule, and in Persia/Iran and the Indian subcontinent, etc.

Islam has been at a continuous war against non-Muslims for almost 1400 years (since Muhammad.) It is their religious mandate.

Following is a list of the major Islamic invasions preceding the Western Crusades.

START OF WESTERN CRUSADES
Only after all of the Islamic aggressive invasions is when Western Christendom launches its first Crusades.

WHY ISLAMIC CONQUESTS?
Islamic scholarship divides the world in two:
1) The House of Islam (dar al-Islam): Nations submitted to Islamic rule.
2) The House of War (dar al-harb): Nations that have not submitted to Islam but must be submitted according to Islamic doctrine. Thus, Muslims (dar al-Islam) believe they must make war upon non-Muslims (dar al-harb) until all nations submit to the will of Allah and accept Sharia law.

Islam’s message: Submit or Be Conquered.

The dictionary defines imperialism as “the policy and practice of seeking to dominate the economic and political affairs of weaker countries.” This historical Islamic Jihad WAS imperialistic…and its goals remain the same.
Were all the crusaders nice men, hell no but then again are all soldiers even today? No. Let us keep in mind why the crusades began and how Islam has spent centuries trying to convince the world that they were the victims. This is like saying that Hitler was a victim of the Jews. Say something long enough and more people will believe the untruth and Islam is good at doing this. 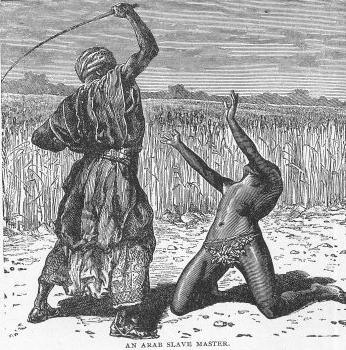 * Black slaves were castrated by Muslims as they were believed to have uncontrollable sexual appetites. While most slaves bound for the Americas were brought for agricultural purposes, slaves bound for Arab countries were used for sex and the military. Twice as many women as men were enslaved by Muslims. But most of the children born to these women were killed. The death toll from 1400 years of the Arab slave trade is estimated to be between 112 and 140 million.